Today is 34 days, which is six days and four weeks of the omer: yesod she’b’hod.

Today is the third Red Sox player I’ve highlighted (which I don’t love because I really do want to get to every team and baseball already skews too much towards the big money/market franchises). I chose the first was because he was Ted Williams and the sefirot were gevurah and gevurah, and the second, because he was Jewish. I’m picking this one in part to be able to talk about the DH. And if anyone was meant to be a designated hitter, it was David Ortiz. (He was less meant to be a MLB studio analyst, IMO.)

Plus, Ortiz is the face of Eastern Bank (or at least its mobile services): Every time I open the app on my phone, there he is, smiling at his own. I started using the community bank when I lived in Boston and have continued to use even while in New York because it has great customer service and does a lot of local good through its charitable foundation.

Ortiz spent the first six years of his career with the Twins, but of course he’s best known for the 14 years he spent lifting the Sox to three WS championships, ending the Curse of the Bambino in 2004. Like Youk, I got to know Ortiz at the just right time.

But he’ll most be remembered for Game 4 of the 2004 ALCS, when, five hours after the opening pitch, in the bottom of the 12th inning, with the Red Sox down 0-3 against the Yankees in the series and tied at 4 in the game, Ortiz hit a two-run walk-off homer that lead to the greatest comeback in sports history, with the Sox winning the series in seven after losing the first three.

Like Mike Piazza, Ortiz played an important role in healing a city in the wake of tragedy. After the Boston Marathon bombing in 2013 (the end of my first year of rabbinical school), Ortiz made a very forceful (and colorful!) argument for the city’s resiliency in front of the crowd at the next game at Fenway Park. It was awesome.

This jersey that we wear today, it doesn’t say “Red Sox.” It says “Boston.” This is our f*cking city. And nobody’s going to dictate our freedom. Stay strong.

Before we get to the sefirot, a word about the DH: The Astros spent most of their history in the NL, and I always held the concept of the DH in contempt. Pitchers are professional ball players, I used to say. They should effing hit! 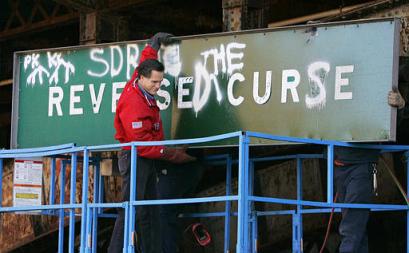 But I have to admit that I’ve very quickly grown attached to the DH in the last seven years, and now, even more than it looks strange to see Verlander or Cole bat, I just don’t think that it’s important. You know it’s not because I want more long ball. But pitching has become such a specialized position, and I think it should stay that way. Good pitching makes for good baseball. And the pitcher in the line-up leads to what I think are just unnecessary strategy calculations, because very little is expected of pitchers in their at-bats, even in the NL. Why have someone at the plate whom we don’t expect to produce? The best case is a bunt to advance a runner, because we don’t actually want a pitcher to be standing around on the bases. It’s fun, you say? Eh. Not enough.

Rabbi Art Green understands a person who represents yesod as “as ‘rectifier,’ that one who rectifies or sets straight the course.” It’s hard to imagine a better qualifier for Ortiz, especially during the 2004 season: Reversed the Curse, he did. Tonight let’s count Day 34 in honor of the guy who helped make that happen with all kinds of majesty.